This week JGirl, whilst wandering in her 'hood spotted a new sign reading 'Locos' out of the corner of her eye... what else could it be but ANOTHER new Mexican in the foreigner ghetto... upon further inspection however we discovered it was a place calling itself 'Locos - Lobster Sandwich'. We were intrigued and as two Brits with little experience of lobster decided we simply had to try it. 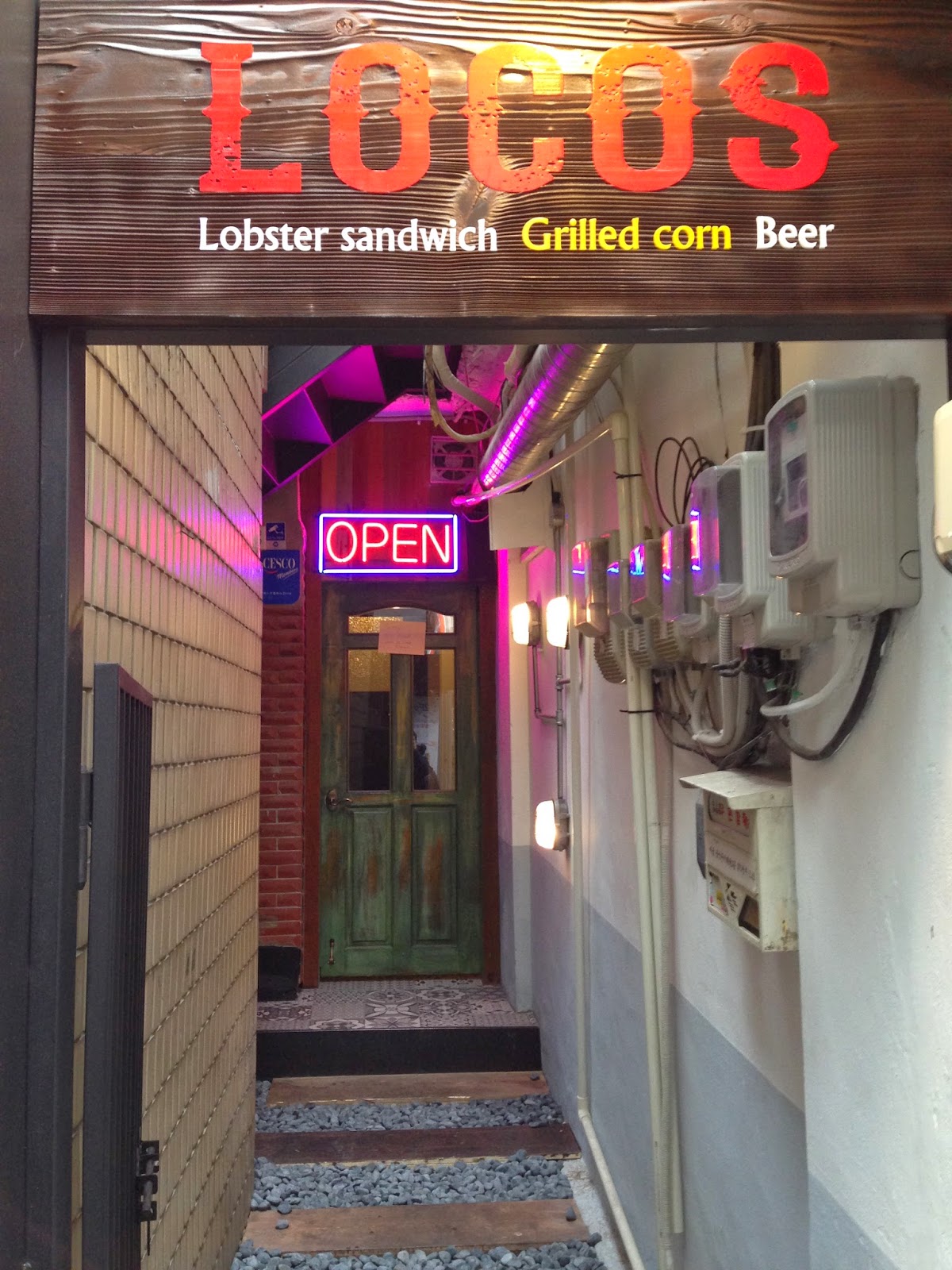 We were immediately welcomed and ushered upstairs by a super attentive waiter (SAW - perhaps a bit too keen) we were impressed by the space and the interior decoration (some of which was still going up!). 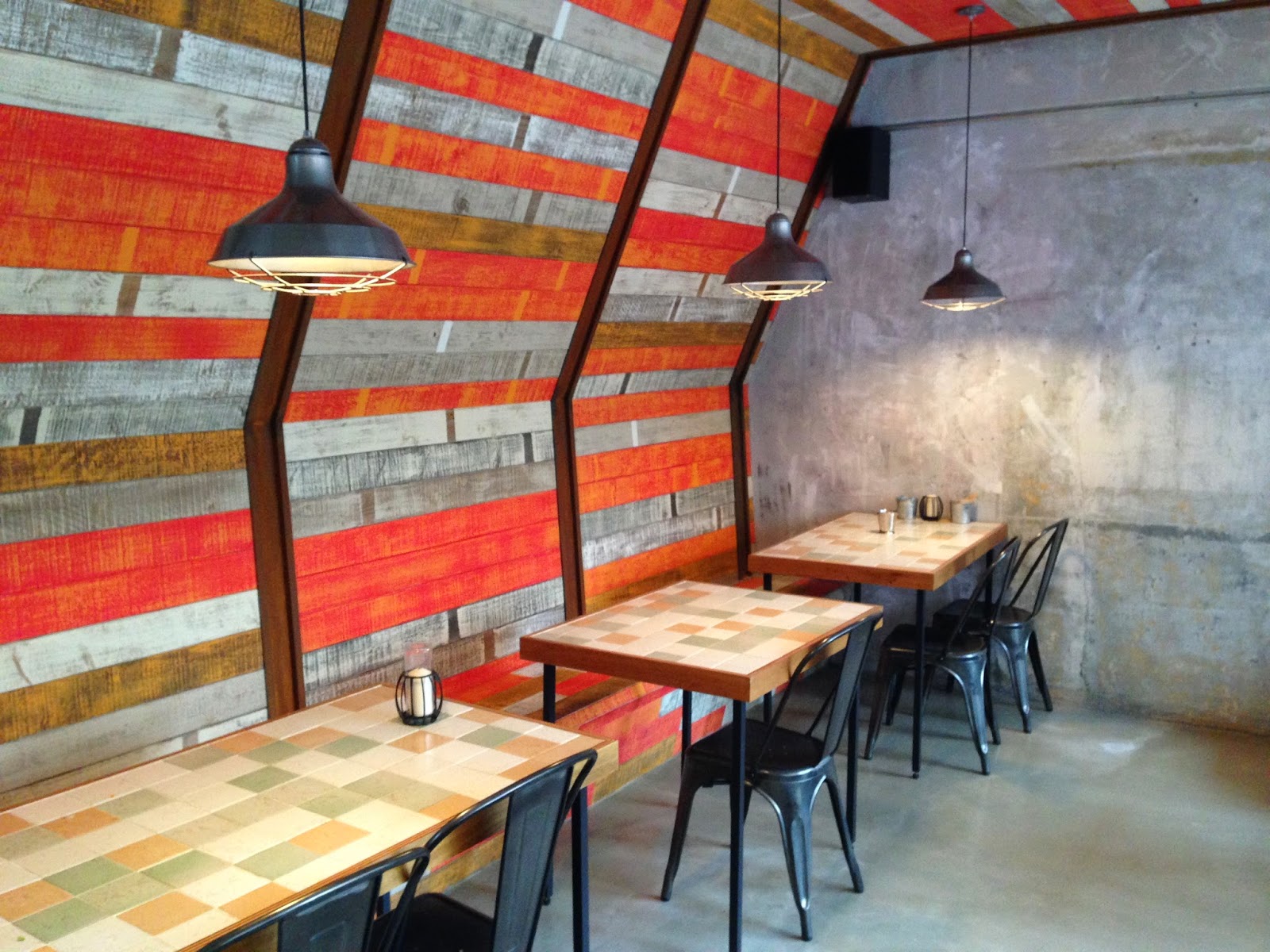 The upstairs is the real asset of Locos - a great view of the triangle-y bit by the barbecue restaurants of Kyungridan - an excellent spot for a spot of people-watching. 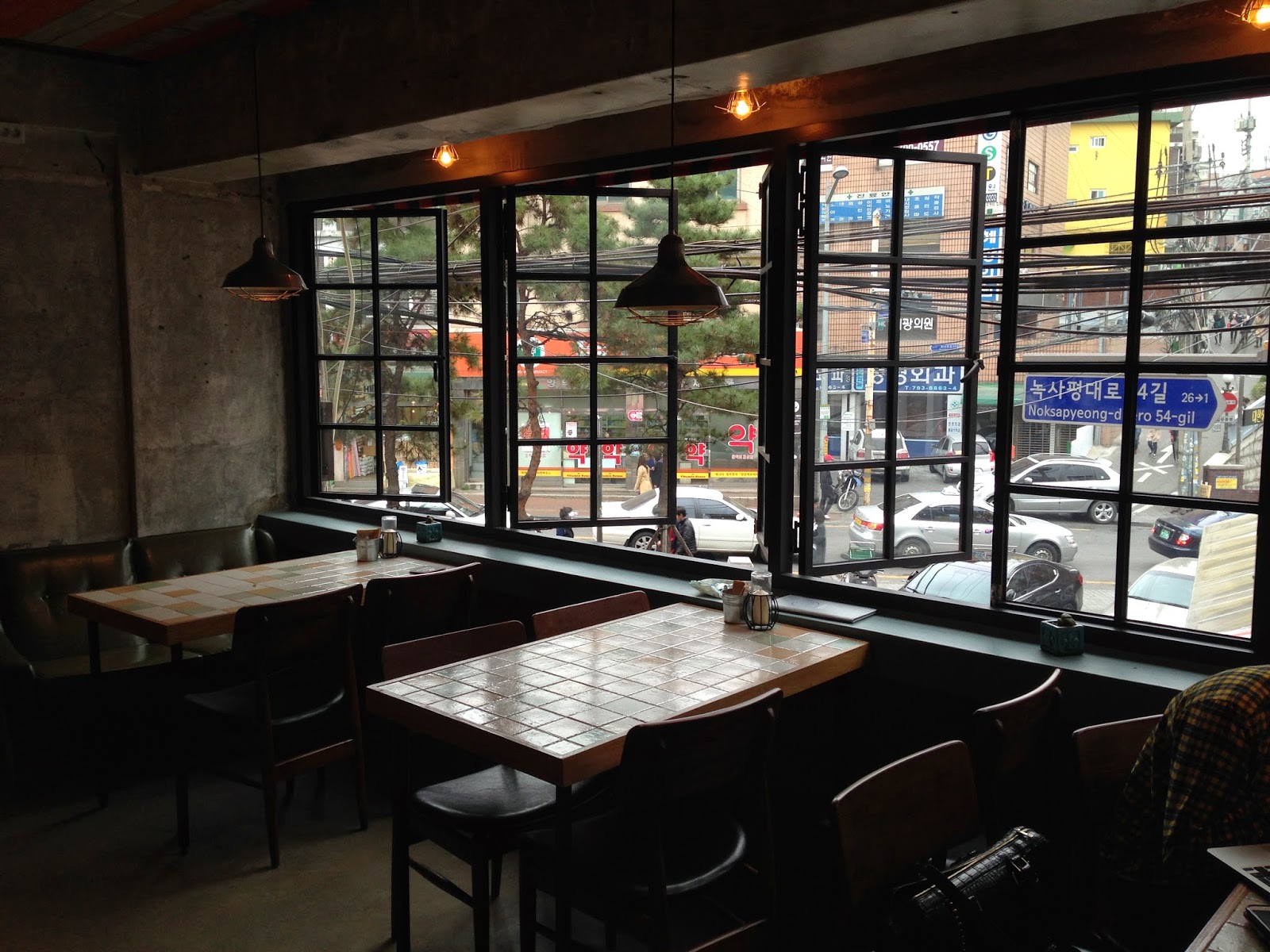 Intrigued by the concept of a 'lobster sandwich' platter and ordering semi-blind we had no idea what to expect really.

For the seemingly-bargainous price of 24,000 we were told we'd get a whole lobster's worth of lobster plus fries and onion rings.

Our drinks came first and with a full explanation from SAW- we ordered a Warthog "creamy" ale from the Big Rock Brewery and a "crisp, dry cider". The cider delivered on the crispiness but the ale lacked the aforementioned "creamy" quality and was "like a normal lager" according to JGirl.

When the lobster platter arrived SAW hovered over our table for those few disconcerting seconds too long  - as Brits we are not only unaccustomed to lobster but also to overly-friendly service.

The lobster itself was delicious! It came in the form of a tear-able brioche-y kind of open-able sandwich pinned with a gigantic wooden skewer which, rather than filled to the brim was filled *at* the brim. This could have been a disappontment to some but we made do - there was enough sweet bread left for a good old fashioned chip butty! 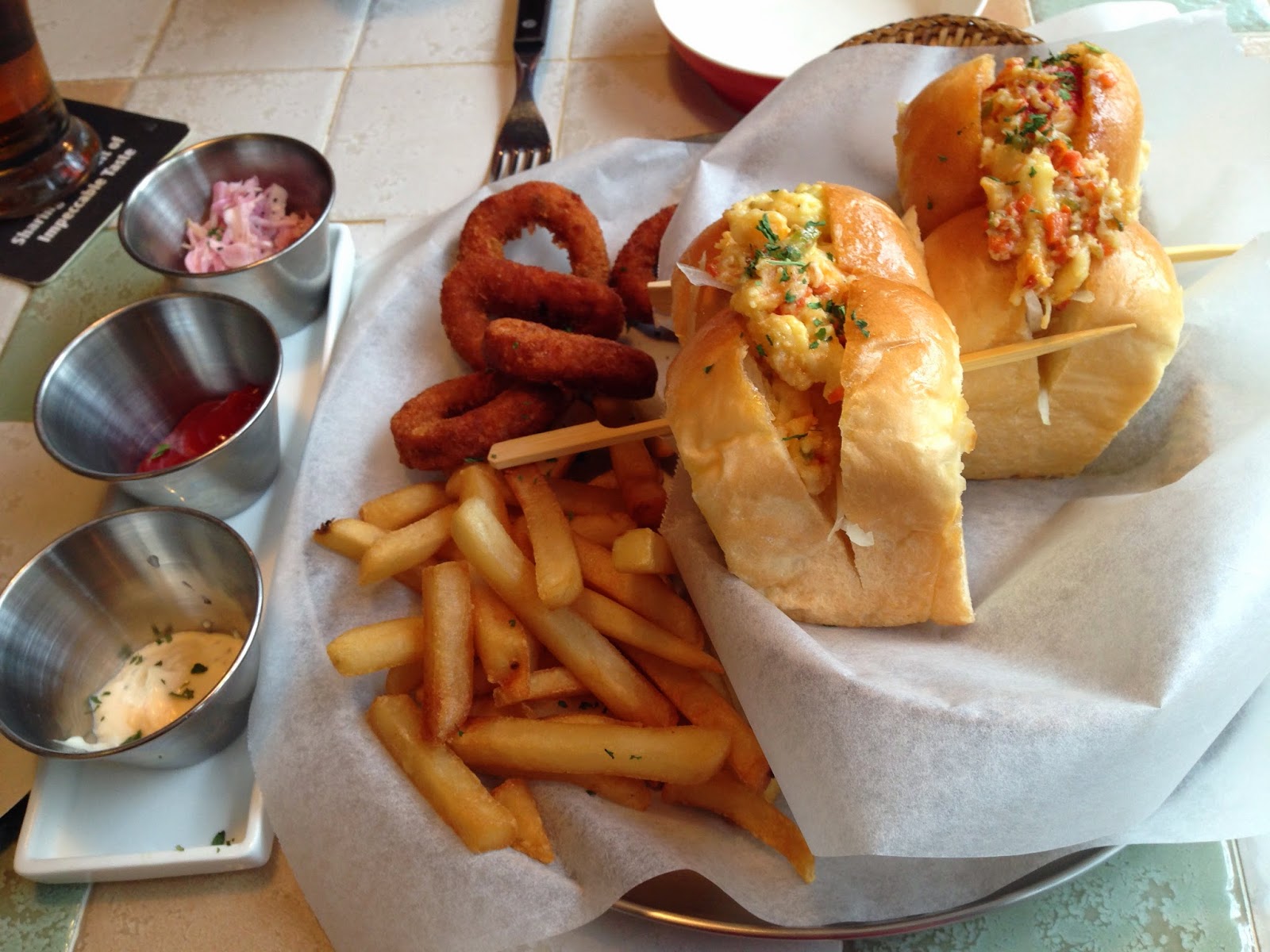 JBoy said the lobster was tender but meaty and JGirl agreed that despite limited lobster experience she enjoyed what she had eaten.

a word of warning: we were a little disappointed by the portion size overall- we know lobster is expensive but the things it came with were definitely not so it felt a little sparse for 24,000 KRW.

The delicious lobster, average squid rings and chunky fries were accompanied by a little ketchup, garlic mayo and coleslaw but, again, not enough - we had to ask for more of the mayo (which we agreed was excellent - JBoy usually hates mayo). This was soon followed by a late-arriving salad, curiously. JGirl had to skip this, the healthiest part of the selection, as it was sprinkled with crispy bacon bits (JBoy gobbled it all up)...

THE VERDICT (all marks are out of ten)

FOOD
Originality: 8
Taste: 7.5
Quality Of Ingredients: 7 (the lobster alone would have been a 10)
Portion Size: 4

SERVICE: 9 (minus one point for the slightly uncomfortable hovering of SAW)